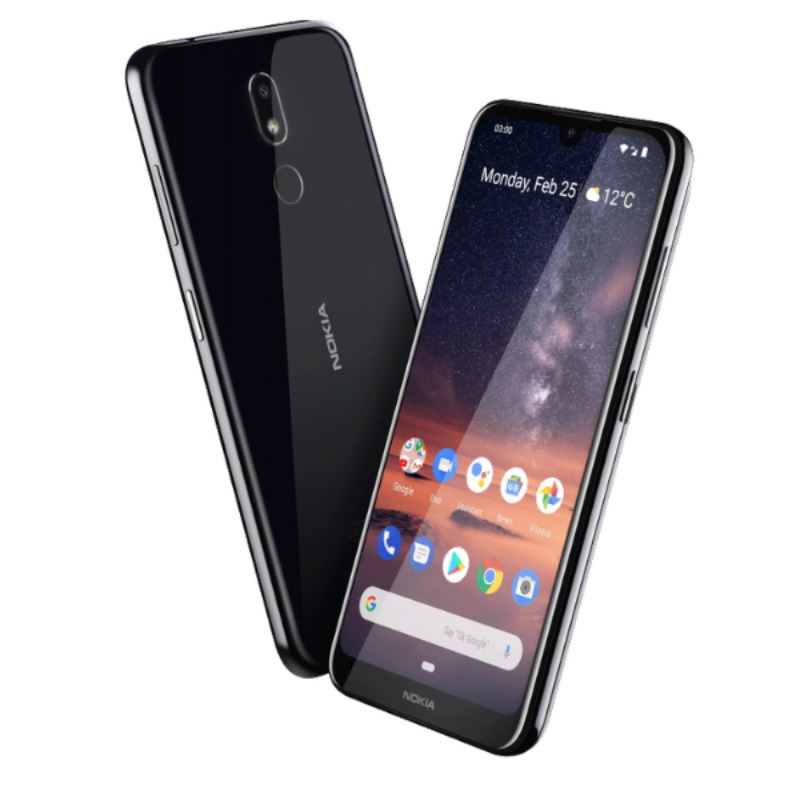 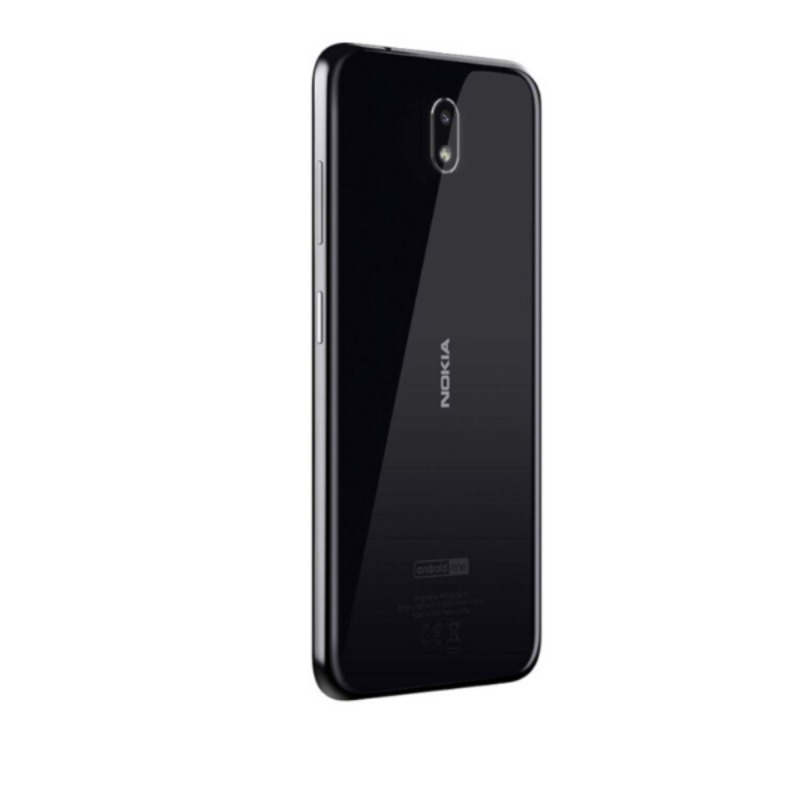 Its dimensions are as follows: 159.44 x 76.24 x 8.60 mm and its choice of material sees it weighs about 183 grams. The front panel is made glass, hopefully with some sort of protection even though it is wise to always protect your smartphone using a protective glass. There’s a chin bezel- rubber-stamped with Nokia branding there as the top area has a centrally placed dew drop notch where the selfie camera hides. It (the camera) has yet another function of face unlocking technology. On the right of Nokia 3.2 is a button dedicated for Google Assistant (this is an Android One smartphone). I shall talk about this later in the review.

On the back there is (from top to bottom) its main camera, an LED flash, a rear mounted fingerprint scanner and Android One branding.

What we also see is the power button below the volume rocker on the edge where the Assistant button isn’t.

Okay some may not understand why this 6.26-inch display panel is being hyped so much. I’ll tell you why. NOKIA does so because 3.2’s predecessor had a display of 5.2 inches. It is this big leap that Nokia is making a big deal about, let’s embrace it shall we? Otherwise this is an IPS LCD capacitive touchscreen with a resolution 720 x 1520 pixels, 19:9 ratio (~269 ppi density).

For a midrange smartphone it is an acceptable display, selling particularly for its size and outdoor visibility.  Yes, you get to do more with it. With it you see content on a large display for example or you can browse the web with reduced number of scroll and so on. All these little differences make a difference you will appreciate.

Nokia 3.2 will not be remembered so much for its camera performance. It is a basic shooter for both the primary and front facing cameras which are 13MP and 5MP respectively. Video recording on either is 1080p@30fps as it should be. Yeah there isn’t so much to report here folks except for the fact that camera hardware is not absent on Nokia 3.2.

Forget the camera, of the display or the battery and take a moment and let it sink in that this is an Android One smartphone running Android 9 (Oreo). Why is this good news you ask? Because for one, it has made way for Google Assistant which even has a dedicated button. It means timely software updates and frequent security patches.  It is a good thing that’s what I am trying to say. On board is its Qualcomm SDM429 Snapdragon 429 chipset, a Quad-core 1.8 GHz Cortex-A53 CPU and an Adreno 504 GPU.

With Nokia 3.2 you count days (2) until next charge. Its Non-removable Li-Ion 4000 mAh battery ensures the same thanks to power efficiency AI mechanisms and Android Pie battery optimization. Fast battery charging 10W on board too.

Why you should buy Nokia 3.2

Hello, would you like any help? Our online store is open and we're still delivering safely to our customers. WhatsApp an Agent
Start a Conversation
Hi! Click one of our member below to chat on WhatsApp ;)
Our team typically replies in a few seconds.
Chart with Deborah
Customer Support