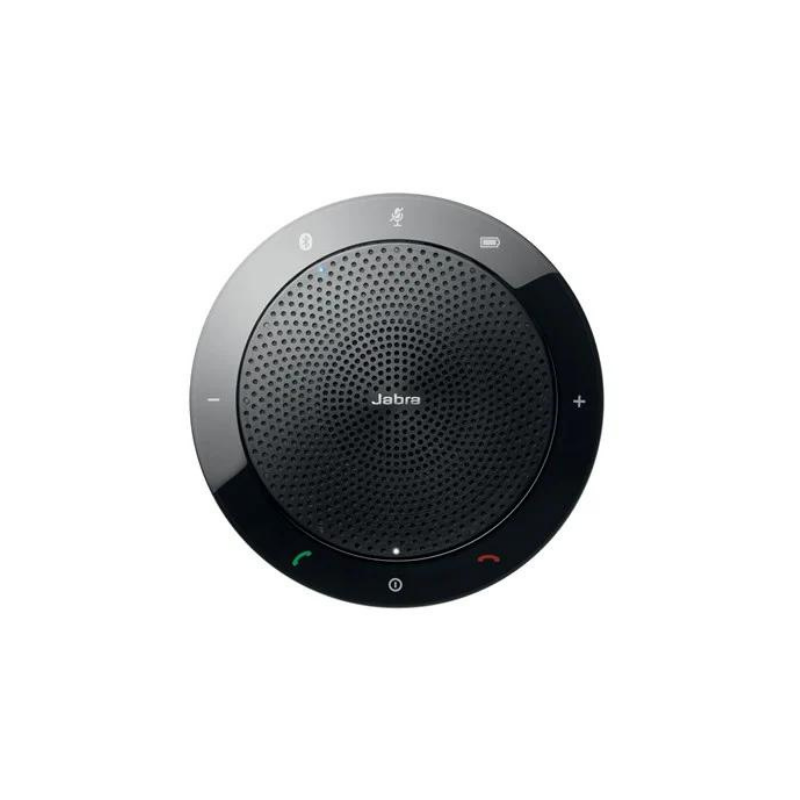 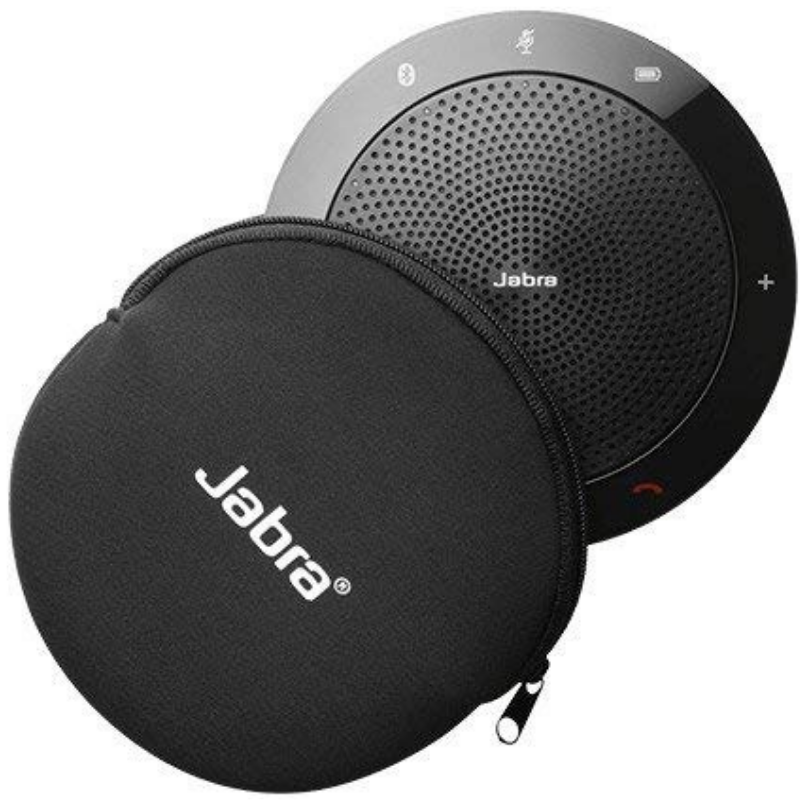 Jabra Speak 510 Overview
Hear and be heard on your conference calls with the Jabra Speak 510 MS USB & Bluetooth Speakerphone. Certified to work with Microsoft Skype for Business, this round speakerphone features a 360°, omnidirectional microphone with echo cancellation to help ensure clear conference calls with multiple participants in the same room. Its rim has volume, call, and mute controls alongside a programmable smart button that can be configured to speed dial a contact or launch voice assistants such as Apple Siri and Google Assistant. The speakerphone lays flat on a table for multi-person conferences and offers a frequency response of 250 Hz to 14 kHz.

The Jabra Speak 510 MS connects to your computer through its built-in USB Type-A cable and doesn't require additional drivers. Or, you can pair with Bluetooth-compatible devices for wireless connections. Multiuse technology allows for up to two simultaneous Bluetooth connections, with one active audio connection at a time, for added convenience. The internal lithium-ion battery is rated to provide up to 15 hours of talk time and can be fully recharged in about two hours. Weighing about 7 oz and measuring 4.72" in diameter, you can pack the speakerphone into its included carrying pouch and take it with you when traveling.

Clear Conference Calls
The Jabra Speak 510 MS features a 360°, omnidirectional microphone that supports echo cancellation to help ensure clear conversations. Its speaker has a 250 Hz to 14 kHz frequency response for calls and music.

Easy Connections
The Jabra Speak 510 connects to your computer's USB 2.0 port using its built-in cable. You can also pair the speakerphone with Bluetooth-compatible devices such as phones.

Certified Compatibility
This speakerphone is certified to work with Microsoft Skype for Business.

Conversations On-the-Go
You can quickly pack the 7 oz speakerphone into its included pouch to take with you when traveling. It has a 4.72" diameter and its lithium-ion battery is rated to provide up to 15 hours of talk time and can be fully recharged in about two hours. The speakerphone's automatic power off feature helps to the battery's standby time to over 200 days.

Smart Controls
The rim of this disc-shaped speakerphone includes volume, mute, call, and power controls. There is also a programmable smart button that can be configured to speed dial a number or activate a voice assistant.

Hello, would you like any help? Our online store is open and we're still delivering safely to our customers. WhatsApp an Agent
Start a Conversation
Hi! Click one of our member below to chat on WhatsApp ;)
Our team typically replies in a few seconds.
24/7 Support
Customer Support